ChirpStack – A LoRaWAN Network Server to Make You Sing

What can you do with LoRa?

A whole lot of things!

In case you didn’t know, LoRa stands for Long Range radio, which is a wireless protocol developed by Semtech (you’ll find their SX127x chipset on our boards). To quote from Semtech’s website, LoRa is a spread spectrum modulation technique derived from Chirp Spread Spectrum (CSS) technology. CSS was originally used for military and space communications as it was capable of large communication distances and wasn’t easily interfered with. LoRa is the first low-cost commercial implementation of it.

For a LoRa network to work, the gateways need to connect to the internet in order to forward data to your chosen LoRa server.

If you’ve begun to familiarise yourself with Pybytes, our newly revamped device management platform, you’ll know that we have ChirpStack offering. Which is fantastic news for those of you that want to get your own autonomous LoRa network set up. 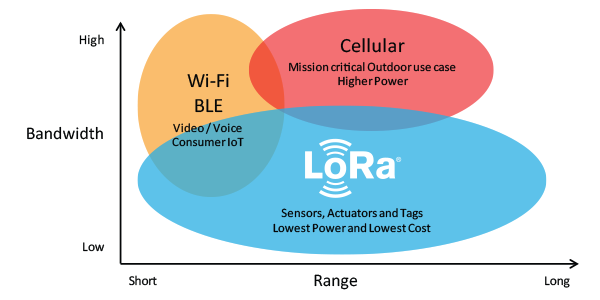 ChirpStack is an open-source LoRaWAN Network Server stack. It was previously known as the LoRa Server and was renamed ChirpStack. (Rather catchy if you ask us.) It’s a solution that works out of the box, and as it has a modular structure, it neatly integrates with existing infrastructures.

According to their website, ChirpStack provides ‘open-source components for LoRaWAN networks’. It allows you to set up a fully scalable, secure stack via MQTT and TLS.

What features does it have?

To check out all of the features (yes, there’s more) head to the ChirpStack documentation!

What does Pycom offer with ChirpStack?

If you went about setting up your own LoRaWAN server independently, you’d have to host it on your own domain or infrastructure. Luckily for you, if you set-up ChirpStack via Pybytes, you’re provided with our own domain. Simply select from a set of LoRaWAN servers for different regions, and get your IoT project started!

Not only that, you’ll be able to change the sidebar options so that you can easily find exactly what you want when you want it.

If you access the following link, https://loraserver.pycom.io/, you’ll be able to set up your own network settings. We’ll provide the options you can choose from!

We currently only support the EU868 or the European area for ChirpStack. But don’t become too downhearted, as we are working on supporting more areas. 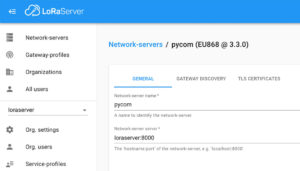