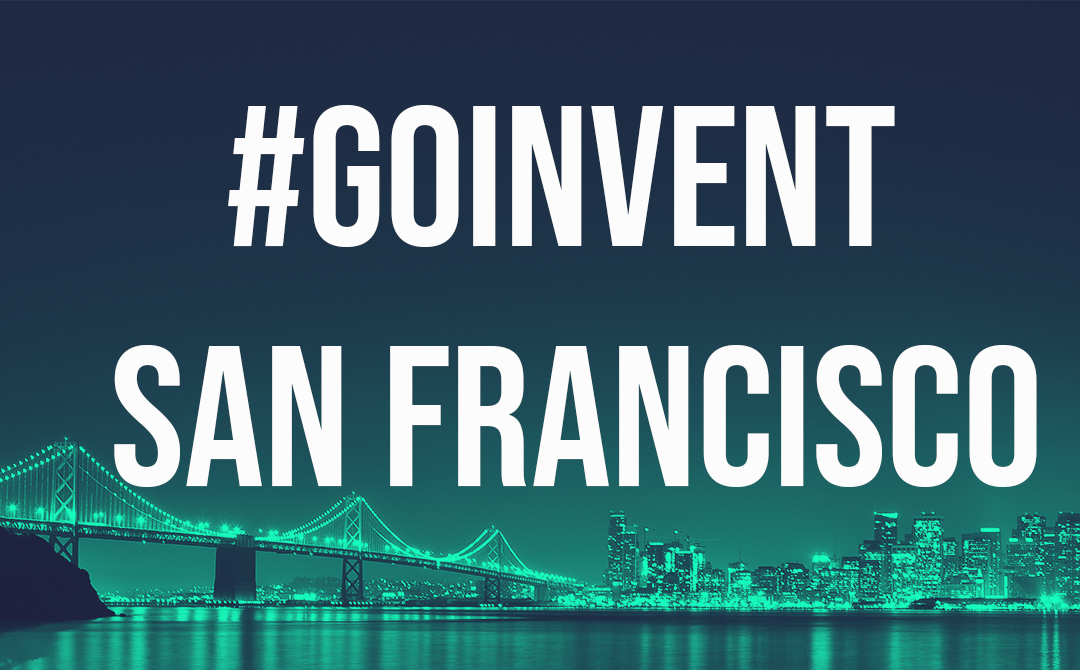 As the sun peeled back the layer of fog that had set up camp the night before, we got ready for the last leg of our USA #GOINVENT World Series tour.

As always, breakfast was ready and waiting to greet us. Sleepy conversations were had over bagels, muffins and loads of coffee in the Manila Community Centre, which is also referred to as the International Hotel Center. (We know each blog post has mentioned coffee, but it really does form the backbone of many a workshop. You can take it from us!) We also learned loads about the different IoT projects happening in San Fransisco before audience took to their seats. 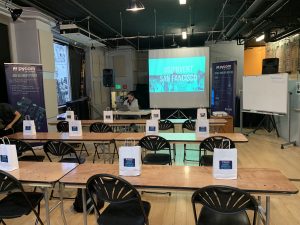 It was a rather laid-back kick-off, but before long everyone was raring to go.

Fred got the show rolling with an introduction to Pycom and what we are up to. He highlighted the different roadblocks that start-ups can face and emphasised the importance of believing in your idea. The baton then passed to Christian to introduce to the audience their kits and give a brief overview of Pycom’s boards.

The time for the big reveal came. If you’ve read any of our earlier blog posts, you’ll know that each ticket comes with a kit. But did you know that the kit is worth £96, containing (amongst other things) a FiPy and Expansion Board 3.1, 2 antennas and a Micro USB cable? Amazing, we know. (You should buy a ticket and come and see just how great it is 😊).

So, after everyone made sure that they had assembled the FiPy, expansion board and antennas correctly they shifted their focus to the Pycom plug-in for ATOM and VSCode, Pymakr. We had asked everyone to download it before, but as usual, there were a few glitches as some folks hadn’t gotten the memo.

But, as it’s incredibly easy to get started on this, we weren’t worried. 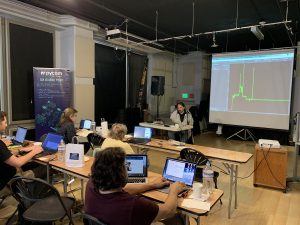 Christian made sure our partners were not forgotten. Semtech, Sequans and Espressif all received their well-deserved mentions when he went through the chips and radios we’re using for our product range.

For once, we managed to stick more of less to the agenda timings and we got Verizon’s team on stage for an overview of their Cat-M1 and NB1 roadmap nearly on time. The ‘David and Scott double act’ did not disappoint as they laid bare the exciting plans for the coming year; NB1 IoT roll out and lots of other exciting things! There were a number of interesting questions from the audience, which was a testimony to why we should do this more often with our partners. No one tells it better than they do themselves!

Following on from this, our wonderful caterers La Mediterranee served up a superb range of goodies for lunch. Everywhere you looked there was food, glorious food...so much so that we were able to feed the entire hotel of seniors up the road with the left-overs (we love spreading the joy!).

After finishing their wonderful meatballs, filo wraps and salads, everyone received their Verizon SIM cards and after a relatively painless set-up, the audience began to connect via Thingspace. 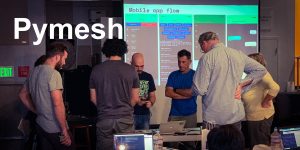 Quick on the heels of Verizon, we ran a quick Pymesh session where Catalin showed a message being sent from a mobile phone app through the mesh to its destination, LEDs changing colour as the messages passed through. This was a new demo and one we’ll be refining.

Christian then demonstrated how to send the FiPy into Deep Sleep mode, which reduced the current consumption from 90 mA to 22uA.  This signalled the end of the structured content for the Workshop.

We didn’t stop then, however. No, not one bit.

At 5:30pm the catering arrived again with another batch of lovely fresh food to entertain the ‘SF IoT Meetup’ organised by the wonderful Linda Drabik. We had participants milling in and within an hour or so, we took to the microphones again.

An overview of Pycom, the Verizon IoT Roadmap and a demo of Pymesh were followed by a host of questions.  Essentially, we filled the 1.5 hour Meetup agenda completely!

All of this meant that it was a really long but extremely rewarding day.

So, all that’s left to say is so long, San Francisco. You’ve been brilliant.

We’ve had the best time in America and every #GOINVENT workshop has been a joy. You guys make our day with what you get up to and just how inventive you all are. Truly a star-spangled banner of developers.

So, we’ll catch you on the flip side, America.

A special thank you to all our partners who  have supported us and not least with sponsorship for this series of #GOINVENT workshop series: