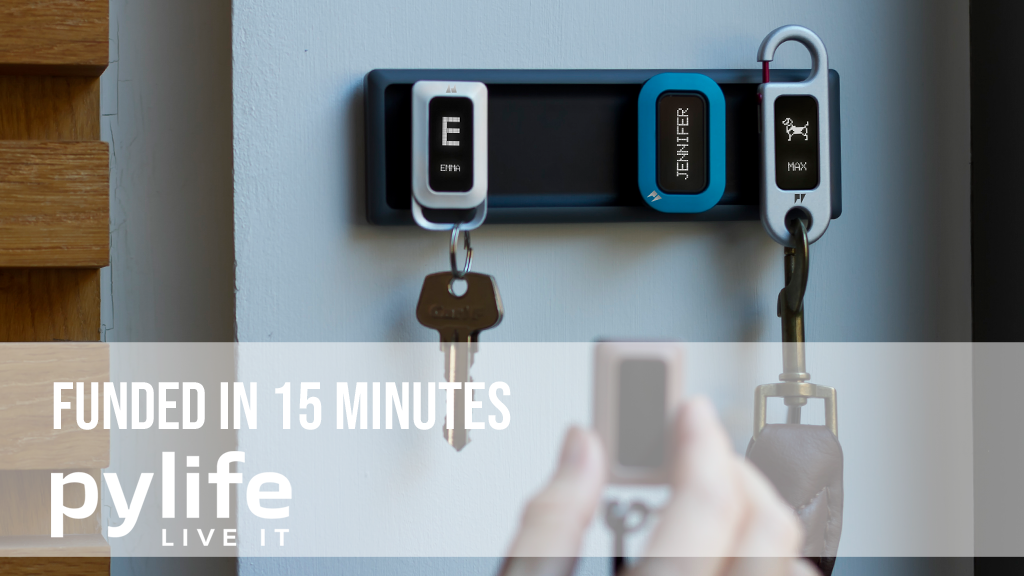 Promoting a new product on a site such as Kickstarter is a great opportunity to gauge market feedback and make sure your community becomes completely aware and engaged. It is of course also a source of funds for development of new products.

Pycom has already launched 2 very successful products on Kickstarter (LoPy and FiPy) and we feel this new Pylife and PyGo launch has all the same possibilities for success.

You may wonder why we took the drastic action of cancelling the Pylife Kickstarter after only 1 week of running. We had €40k in funding, just short of 300 backers and another 600 watching the campaign.

So, why did we cancel the Pylife Kickstarter after just 1 week?

Since the launch we have learned that the high funding target was putting many backers off and as a result distracting from the real goal of making the Pylife App and the PyGo device a complete success.

Funding over the first week, while great at €40k made us jittery as to whether we would ultimately achieve the funding goal.

Some Kickstarter stats that we have since learned:

As of October this year it would seem that 36.40 percent of campaigns are successfully funded. Overall, over 3.9 billion U.S. dollars have gone into successfully launched projects. All those stats are great but how does the Kickstarter algorithm decide which projects are featured at the top, in popular and also ‘Projects we Love’. No one really knows.

However, only a very small percentage of projects make it past €100,000 funding so we had inadvertently set ourselves a needle-eye target…

You might say, we “should have known” and that is indeed true. We take full responsibility for being overly enthusiastic!

For obvious reasons. We’ve received many requests from existing and potential backers so we know there’s a market position and a ‘want’ for PyGo and Pylife. The proposition is unique in that it ties together many different types of IoT Application in one dashboard and with one device. No one else has done that before.

We believe in making technology available to everybody and so if repositioning the campaign achieves that goal then we must shake off the mistake to set a high funding goal and make a new one. The only way to reduce the funding goal is to cancel and relaunch. So we’re doing that.

The new ‘Pylife and PyGo’ Campaign is now live on Kickstarter and we’ve completed the funding goal within 15 minutes of launching. Onwards and upwards!

The fact that you’re reading this means you too are interested in the Pylife and PyGo so we hope to have your support on the project, one way or another…

Here’s the link to the campaign, juuuust in case you want to have a look 🙂